Why Biometric Devices Are The Best Way To Capture Staff Attendance 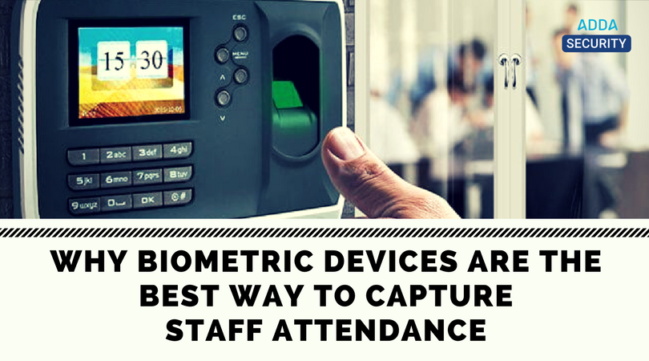 For an apartment complex, a major expense is staff salaries. And for making sure that they are paid neither more nor less, it is vital to have their attendance tracked well.

Traditionally, attendance was maintained in physical ledgers, where each individual would manually sign their name and time of entering the premises and repeat the same at the time of exit as well.

Unfortunately, this system has many flaws. Not only would such a flaw upset the finances because salaries could get incorrectly calculated, it could also compromise security and safety of residents.

Why Conventional Attendance Systems Are Inefficient

Here are some of the major drawbacks of old ways of maintaining staff attendance.

Suppose there’s Maid A, who wants to help Maid B, who secretly went away on vacation, but is still wanting to receive payment for days taken off. On these days, it is easy for Maid A to give proxy for Maid B, by signing for her in the staff attendance register.

No foolproof mechanism to keep out Miscreant Staffs

In reality, staff inside an apartment complex are constantly replaced and everyone cannot be familiarised with each other’s faces. People who were banned from the premises, for either criminal activity or indecent behavior, could re-enter as blacklisting in the ledger isn’t really an option.

Physical ledgers are easy to destroy. Mere negligence is enough to have them rendered useless. Many apartment complexes that depended on ledgers for staff attendance have complained that not only is the writing in it illegible, the very condition of the book is often near next to dilapidated. How good is such a book when it comes to tracking somebody’s attendance? And how easy is it for someone to intentionally damage that ledger to cover his/her tracks?

If there is anything that is difficult to forge, it is one’s fingerprint.

All over the world, educational and corporate institutions, hospitals and all kinds of organizations have started using biometric attendance systems and the impact is hugely positive. Such systems not only eliminate drawbacks of conventional attendance systems, they will also add some perks that are difficult to override.

Keep in mind that your association will have to make the necessary privacy policy documents which state that you won’t misuse collected biometrics. As long as the staff has been briefed about the process and as long as their permission has been acquired for collecting their fingerprints, you won’t be violating any laws.

Here are the major benefits of a biometric-based attendance system

One of the biggest advantages of this system is that it prevents employees from clocking for each other.

There may be some exceptional cases, where biometric systems are not able to read a fingerprint, because of injury to the finger or fingerprint being slightly eroded. First off, multiple fingerprints of the same person (prints of at least three fingers) are commonly recorded. And in the highly unlikely event that the staff managed to injure both their hands, superiors can step in and personally verify their attendance from an App based staff attendance tracking system like ADDA GateKeeper.

Some App based staff attendance tracking systems, use numerical staff ids to authenticate staff check-ins. It’s easy for a staff to give someone else their staff id and hence give proxies. Manual audit of such staff check-ins using their photos is not a practical solution for busy Society Managers and Admins.

You can save on a lot of public money for the Association with proper tracking of staff attendance through Biometric Devices.

Foolproof system to keep out Blacklisted or Retired Staff

Through integration with systems like ADDA GateKeeper, you can program biometric devices to recognize blacklisted/retired staff, who are trying to enter and sound alarms for Security to take action.

For App based staff attendance systems who give out numerical IDs, to authenticate staff entering a complex; Miscreants who want to enter a complex can easily get their hands on such a staff ID number, and enter the complex impersonating a different staff.

Handwritten entries barely qualify as evidence of a person’s presence in a given spot. Biometrics, on the other hand, is irrefutable. If an employee claims to be absent on the day of a crime and the machine has recorded his biometric, that could boost the investigation in the right direction.

With an attendance tracker in place, staff would probably avoid arriving late as they can no longer fake entry time. And this, in turn, increases their productivity and accountability, and will also provide the payroll department precise and accurate data for calculating payment.

It is not easy to tamper with a biometric attendance system. It is very difficult to hack into such a system and change its records. And that is not all, physically damaging the system too can be difficult because a) manufacturers foresee this kind of contingency so the system is built accordingly b) there is typically a guard and a CCTV with eyes on the machine. Any attempts to damage it will be caught.

Upgrade Your Apartment Complex With ADDA

ADDA is specifically designed for apartment complexes and the members within. In fact, the GateKeeper by ADDA is one of the most practical security systems you can ever get your hands on to ensure security inside your society.

That’s not all, if you have a combination of the ADDA ERP and the GateKeeper, MCs, residents and everyone else will not only be connected but will also have features at their disposal to ensure the smooth and efficient functioning of the entire apartment complex.

Why don’t you get in touch with us so we can schedule a demo for you if you are not a customer already. 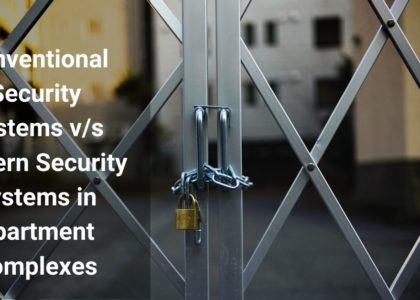 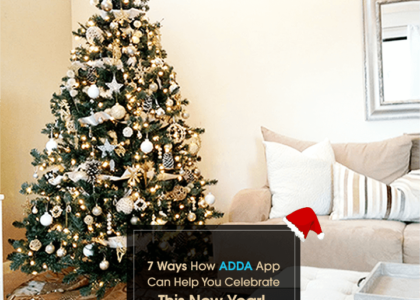 7 Ways How Gate Management System, ADDA Can Help You Celebrate This New Year