We have covered the topic of gated community security multiple times, but since the world around us keeps changing every minute, it is kind of essential to stay updated about apartment safety on a regular basis. Burglars are coming up with more and more innovative ways to rob a house & dropping your guard could be dangerous.

So here are some things that you can do to make sure that your apartment stays safe at all times.

Individually securing your apartment sometimes isn’t enough. The entire compound needs to be better equipped to withstand every possible emergency.

Join hands with your fellow residents and discuss setting up a system that is hard to breach. CCTVs and security guards alone are obsolete these days. An app based gated community security system like ADDA GateKeeper is vital for overall management & security monitoring of residential complexes.

If you do not have one already, get one installed. The benefits that the ADDA Gatekeeper brings to your apartment complex are abundant. It offers the following –

Even if you don’t have kids that you leave in the care of maids or too many valuables to speak of, a CCTV is recommended. The very presence of a CCTV will discourage maids and other potential criminals from committing a crime.

The ones that broadcast probably cost a little more than the ones that simply record. So you can opt of the latter, but it doesn’t hurt to have an extra set of eyes.

If the apartment you live in is rented, this is all the more applicable. It makes sense to have the old lock changed to a fresh and solid one. We never know if the previous tenant has a key or not. Even otherwise, if the home is your own, having a high-end, hard to break locking system for your door is strongly recommended.

The general understanding is that units on the lower floors are more prone to burglary and crimes as opposed to higher floor units. So if your flat it is on the lower floors, make it a point to change or strengthen your locks every few years. In plenty of cases, a simple screw driver or even hair clips can be bent to form tools to pick a lock with.

Again, more applicable for the units in the lower floors. It does make sense to install grills or other forms of protection in your balcony to deter criminals or sometimes even animals. The doors that lead inside from the balcony too must be strengthened so that they won’t be easily picked.

This involves a series of things that you must do to keep yourselves and your family safe. This is just a basic set of pointers, we recommend that you get to know your neighborhood and premises better so that you know what to look out for.

In today’s times when security is starting to be considered a myth, being on your guard is vital to ensure that you and family stay safe. We cannot stress enough on the importance of having a software based solution at the gates and within to not just secure your apartment but also to bring together the residents and make for better a quality life.

We hope you found the article useful and do let us know if you have any concerns or safety tips that you would like to share. Don’t forget to share this article with your friends. Cheers!

As per the statement issued late last year by the Indian Telecom Minister – Sri. Ravi Sankar Prasad, panic alert buttons have been made mandatory in all phones sold in Indian markets.

The rule has been imposed since 1st of January, 2017. While mobile manufacturers are still trying to make design changes to suit this need, the general public and officials see this as a welcome move.

With crimes and attacks against women in particular, showing a rise, this is certainly a step in the right direction towards ensuring security. 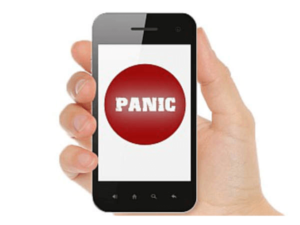 In addition to panic alert buttons, inbuilt GPS modules too will be a compulsory feature in mobiles sold in India. The Telecom Minister stressed that technology is something that is meant to make human life easier and secure and that this was one of the ways in which we could actually achieve it, especially for the safety of our women.

The Background & Why This Was Long Overdue

The idea of a panic alert buttons was proposed simultaneously by the public and officials shortly after the Delhi gangrape and murder case happened in late 2013. Many felt that such a system may have saved the poor woman’s life. The Nirbhaya incident, as it was called, sparked widespread panic and associations that supported women’s welfare and other similar causes stepped forth to seek Govt. support to set up the necessary framework to enhance women’s security.

With the Government’s support, the Nirbhaya fund was set up which further powered various other initiatives like the tie up with police and mobile service provider to dole out immediate assistance to women in danger.

The panic alert feature in cell phones is one that was unanimously supported by officials and the general public alike. It is a relief to see that it has been implemented without much delay. As citizens, we need to understand that we don’t all have personal guards or Z-level security. We could easily be in situations that require help from emergency services and family. This could be a feature that would save your life one day.

As of now, the feature is designed in such a way that a long press on the keys 9 or 5 would initiate a call to invoke an emergency service. In case this cannot be programmed into the phone, the power on/off button should invoke the emergency call when short pressed 3 times.

While it would have been nice to have a dedicated button for the purpose, the fact that it could be accidentally pressed raising a false alarm deterred the phone companies and the authorities.

However, many have expressed that they feel that this is not sufficient. Because the panic button alerts only officials and emergency services and not kin, the feature seems incomplete to many.

As this rule came into being only this year, many people are yet to upgrade to phones that have this feature. Some just do not have the inclination to upgrade either for whatever reasons. For such people, here’s an alternative that would require just a few clicks on your existing phone –

The ADDA ERP & Admin app is something that is designed to manage activities inside an apartment. MCs from 1200+ apartment complexes from around the country make use of it to manage their societies.

While the ADDA app is for the residents to communicate with themselves and the staff. It is hugely popular across the country with 18500+ apartments already using it for internal communication.

How’s this relevant to our topic? Easy. The ADDA app has an inbuilt panic alert feature which raises a compelling alarm when pressed. Except the ones who are alerted are people within close reach. Here’s who the panic alert will reach –

As opposed to emergency services, these are people who are in your immediate vicinity and are therefore, capable of taking immediate action.

And It Comes With Benefits Too

As you may already know, ADDA is dedicated to improving life inside apartment complexes. If you don’t use it already, we strongly recommend that you try it out. Visitor management, guest notifications, Panic Alert, parking management, accounting, accounting, and billingand billing etc are some of the features that we have.

In fact, why don’t you try it today? – Request Demo

There’s a reason why everyone prefers to reside in a gated community. There are various amenities, a sense of being a part of a large family and above all, better security than in independent houses. Most apartments do have guards, CCTV surveillance and very vigilant residents. So while this definitely puts them at a higher level of security, some isolated incidents still manage to happen and that instills fear in all of us. visitor management system

So, how do you stop miscreants from slipping into a society and committing crimes?

There are the obvious options –

There are quite a few things that can be done to ramp up security. But the thing is this – All these measures, even when implemented in the best possible way, are obsolete.

Things To Do Before You Leave On A Holiday

It’s summer vacation time over India and the holiday moods are in full swing! If you are planning to take a much-needed break and go on a trip with your family, here’s a holiday checklist of things to make sure that everything stays smooth.

Now, if you are going on a very short trip, like two days or less, the amount of preparation needed would be quite less and limited to the domain of things you carry with you alone. However, if you are going on a long trip, the kind that spans several days or weeks, you’ll need to make sure that your residence is equipped to stay on its own. 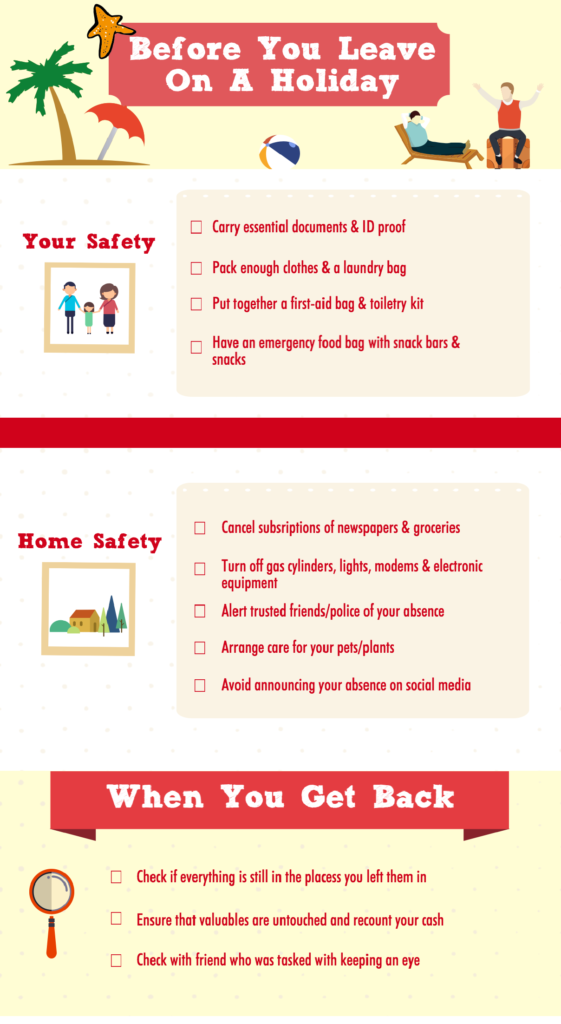 In today’s times, when both parents are working, our little ones often have to spend some time alone at home. That is not a bad thing, though. Older children should be allowed to spend a little time alone at home. It teaches them some amount of independence and makes them not fear the idea of being alone. That said, ensuring child safety while he/she is alone at home is a major parental responsibility. 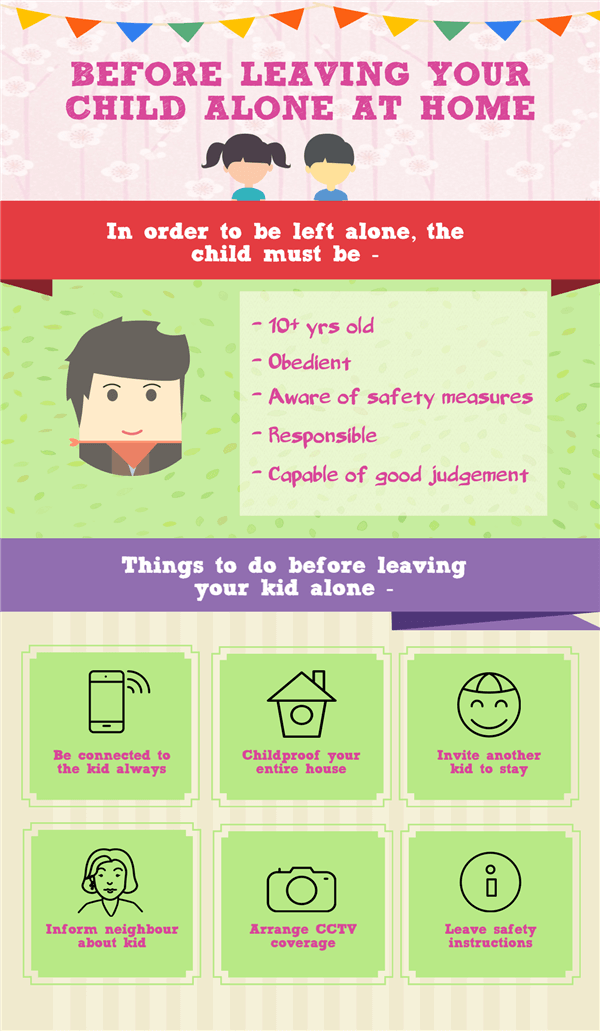 When grace is joined with wrinkles, it is adorable. There is an unspeakable dawn in happy old age. gated community security

The times have changed a lot over the last two decades. Families are smaller, people are more independent and as we grow, we realize with pain that our parents and elders are growing old too. So today, it is not an uncommon sight to see an elderly couple or even just an elderly individual stay alone and fend for themselves. Well, it is not always that bad though. We have the technology to connect us to our loved ones and emergency services that come in a jiffy. So, it’s not that bad. 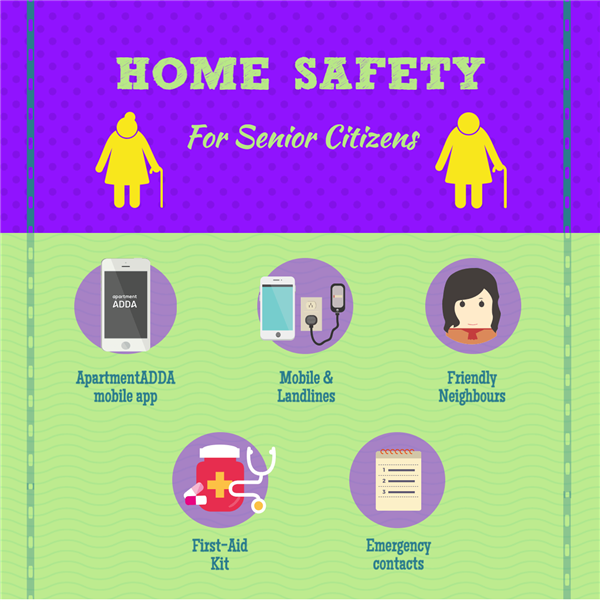